With age, many people begin to notice a decline in mental clarity, memory or executive function (things like managing time, planning or remembering details). This can also occur as a result of brain trauma. These declines can prompt fears of dementia or Alzheimer’s.

Are you wondering if this is happening to you?

You may be experiencing memory loss or cognitive decline if…

The good news: You can rewire your brain 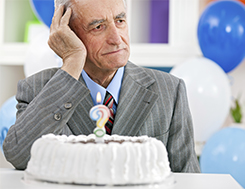 Until recently, there weren’t many options to slow or reverse the effects of mental decline. However, thanks to advances in technology such a neurofeedback, there are things you can do to help strengthen your brain and experience more optimal brain function.

When combined with a brain map, neurofeedback can be a powerful tool for changing the brain by targeting specific circuits to be strengthened, activated, and improved.

Several studies have shown that cognitive function in aging adults improves considerably, even after just a single neurofeedback session.

Neurofeedback worked for Donna, a 76-year-old woman, who came to us after being diagnosed with mild cognitive impairment (MCI). Donna was afraid she was slipping into dementia. She was overwhelmed with basic tasks and struggled with memory and decision-making. We worked closely with her over the span of several months to help improve her brain function. When she later underwent a delayed memory test, Donna scored within the normal range. Most significantly, her neurologist reported she no longer met the criteria for mild cognitive impairment.

How does neurofeedback work?

Neurofeedback training helps change brain patterns. It measures your brain’s rhythms and rewards you when your brain creates healthier patterns. 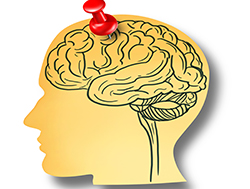 How does neurofeedback differ from mental challenges like the game Lumosity, playing bridge or learning a new language?

The theory behind those types of mind-engaging exercises is that by exercising your mind, you will improve your brain. That’s true, but the benefit is limited.  These activities don’t allow you to target the precise system or segment in the brain that needs strengthening. With neurofeedback, training is not a mental process; it’s a brain process. When you train specific brain circuits, you can measure specific change as a result of the process. Neurofeedback is a much more direct, sophisticated, and powerful tool.

How do we help?

At the Center for Brain Training, we specialize in helping people who are struggling with brain-based issues. Our neurofeedback tools give you a chance to improve cognitive functioning, memory and even sleep habits. We encourage our clients to try different methods to see which ones work best for them, and we work closely with our clients to create a treatment protocol specific to their individual needs.

Our job is to help your brain learn healthier patterns. As your brain improves, so will your memory and cognitive functioning. These improvements will also keep your brain healthier longer.

When your brain improves, your memory, ability to manage your emotions, your cognitive functioning and your attention all improve. Here are two more cases from our practice.

A family member of our director suffered from stage 5 dementia. Pauline, who was residing in an independent living retirement community, became very confused and unable to function. She eventually couldn’t even remember how to get to the elevator she had taken daily. She tried neurofeedback, and within a few sessions her mental confusion had virtually stopped. Her improvement directly affected her ability to remain in an independent living situation.

Greg, a 58-year-old man, began experiencing significant difficulty retrieving common words and names of people he knew well. He was otherwise in good health. He exercised three times per week, and his energy, mood, and sleep patterns were good. His wife was alarmed and asked him to do something about his memory problem. Greg decided to try neurofeedback. Within three months of training, his word retrieval was back to normal. With continued training over the next six months, his word retrieval and memory recall became slightly better than they had been for years.

Yes. There are over 40 years of research in the technology of neurofeedback and neuroregulation. Substantial, evidence-based research shows that neurofeedback promotes neuroplasticity –the brain’s ability to change itself. Several fMRI brain scan studies support its benefits as well.

As long as the brain can change itself you can improve your brain.

Why hasn’t my doctor told me about neurofeedback?

Many physicians don’t include neurofeedback in their discussion about treatments for  dementia or memory loss because they aren’t familiar with it or don’t completely understand how effective and powerful it can be.

Click here to read about what you can do to enhance the function of your brain.

In order to regain better memory, keep your train of thought during conversations and think more clearly, the following lifestyle changes may help you reverse the effects of mild cognitive impairment: 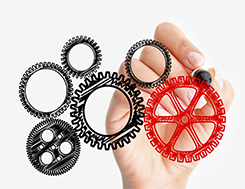 Some people’s brains can be more at risk for cognitive decline than others’, even if exposure to these risk factors occurred earlier in life including in childhood. Some risk factors are: 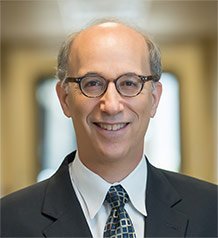 
Trouble Making Decisions? Memory Not as Sharp? Read the article.