Have a question? Get in Touch.
Tap to Text
Tap to Call
FREE SEMINAR Wednesday, February 12th. Learn about neurofeedback training for difficult conditions like ADHD, anxiety, stress and more. Click here to find out more. 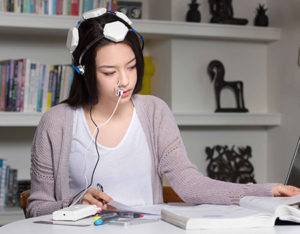 These helmets’ light frequencies have been carefully chosen, based on extensive brain and light research, to biologically impact the way your brain is functioning. These specific frequencies have been shown to boost brain activity and cognitive function over time. You might also discover you have a lot more energy.

OK. We know the nose clip looks weird (and the rest of it isn’t exactly an art form), but it’s there for a good reason: Your nasal passage is the closest and most effective route for light to hit the pre-frontal lobe where executive function resides. The other parts of the helmet target other key brain areas.

Which machine is right for you? 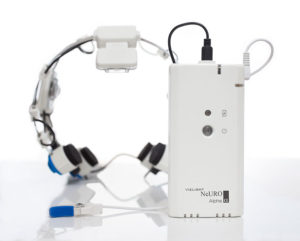 The Alpha Brain Light Helmet is for people who: 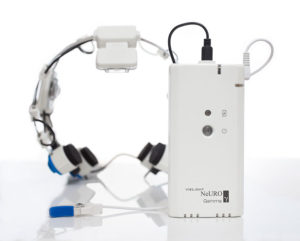 The Gamma Brain Light Helmet is for anyone diagnosed with Alzheimer’s disease. It increases:

Before I started using the Vielight (brain light helmet) I had a lot of issues. My memory was failing. I had word retrieval problems. I found it very difficult to use the computer. I could barely do chores around my house due to lack of energy. Low energy also prevented me from leaving home, and I had lost confidence in my ability to safely drive.

After only one session with the helmet I noticed more energy. Over time, using it daily, I felt so much better that I started driving again and was able to start doing a variety of exercise programs at a senior center. Better energy enabled me to get much more done around the house, too. My word retrieval and memory problems improved, as did my ability to use the computer. The Vielight saved me. It gave me back my life. I am so grateful to Mike Cohen and his wife Carolyn at Center for Brain for making this possible. I am totally inspired by their work. 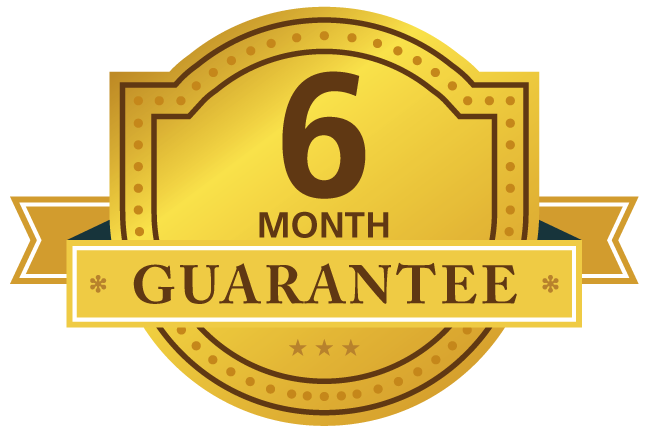 If, after using your Brain Light machine for at least 90 days (and for less than 180 days), you are not completely satisfied with it, you may return it to Center for Brain for an 80% money-back refund (minus shipping charges).

More about the brain light machines…

How do they work?
Brain light machines utilize the healing power of light.

Did you know that there are certain light frequencies and intensities that will stimulate blood flow in your brain? These brain light machines were carefully-engineered with that principle in mind.

They are also designed to target the default node network, an area in the brain that research has determined to be linked with cognitive function. It was a brilliant insight to add the nasal light component. Stimulating that area of the prefrontal cortex is a critical spot for keeping sharp and is very difficult to reach with any other technology.

These machines allow specific light frequencies to be directed precisely at the right parts of the brain through your translucent skull.

Each light delivers the ideal frequency range for its intended purpose, penetrating deepest into tissues of the central nervous system for maximum stimulation of the brain’s natural ability to repair itself. This process is called photobiomodulation (PBM).

Drugs target protein in the brain. However they are capable of targeting only one protein per drug, which is problematic because there are numerous proteins involved. The few that have shown any promise at all are only effective in the early stages of the disease. Gamma waves, on the other hand, treat the entire brain and can have impact on brain health at any stage of the disease.

How much do they cost?
Both models sell for $1,750, plus shipping and handling. Click here to order.

Why I recommend (and love) these Brain Light Machines

I have spent more than 20 years developing expertise in neurotechnology. In the process I have looked at many tools for the brain. I’m very picky about what I’ll support. The science has to make sense. Any product I sell needs to produce consistent, observable benefits to a broad range of clients.

Both of the brain light machines we’re offering do that.

I got excited about these machines after talking to colleagues who have also used them on their clients. Both they and I have seen remarkable clinical results – with no downside.

When I used the an earlier version of a brain light machine on my mother, who has Alzheimer’s disease, her ability to express herself verbally improved appreciably after just two sessions. A colleague’s client, who had had eight concussions, reported significantly enhanced thinking ability in a mere month. I’m using an Alpha Brain Light machine on myself and find that it helps me get more work done.

I love these devices because (1) they work (2) there are two models to choose from to accommodate different needs and (3) they are expertly engineered to deliver exactly the right amount of light and power to the brain every time.

Taking all of this into consideration, I consider these Brain Light machines by VieLight to be real winners.

In recent years researchers have been investigating the health benefits of shining certain light frequencies on key parts of the body and brain. Their preliminary findings on certain illnesses, including Alzheimer’s disease and other forms of dementia, have been called nothing short of remarkable. Click here to read about some of those findings in an article in Seeker.

Why buy your Brain Light machine from Center for Brain?