Note: Unless otherwise indicated, real names are not used in order to protect the privacy of clients. 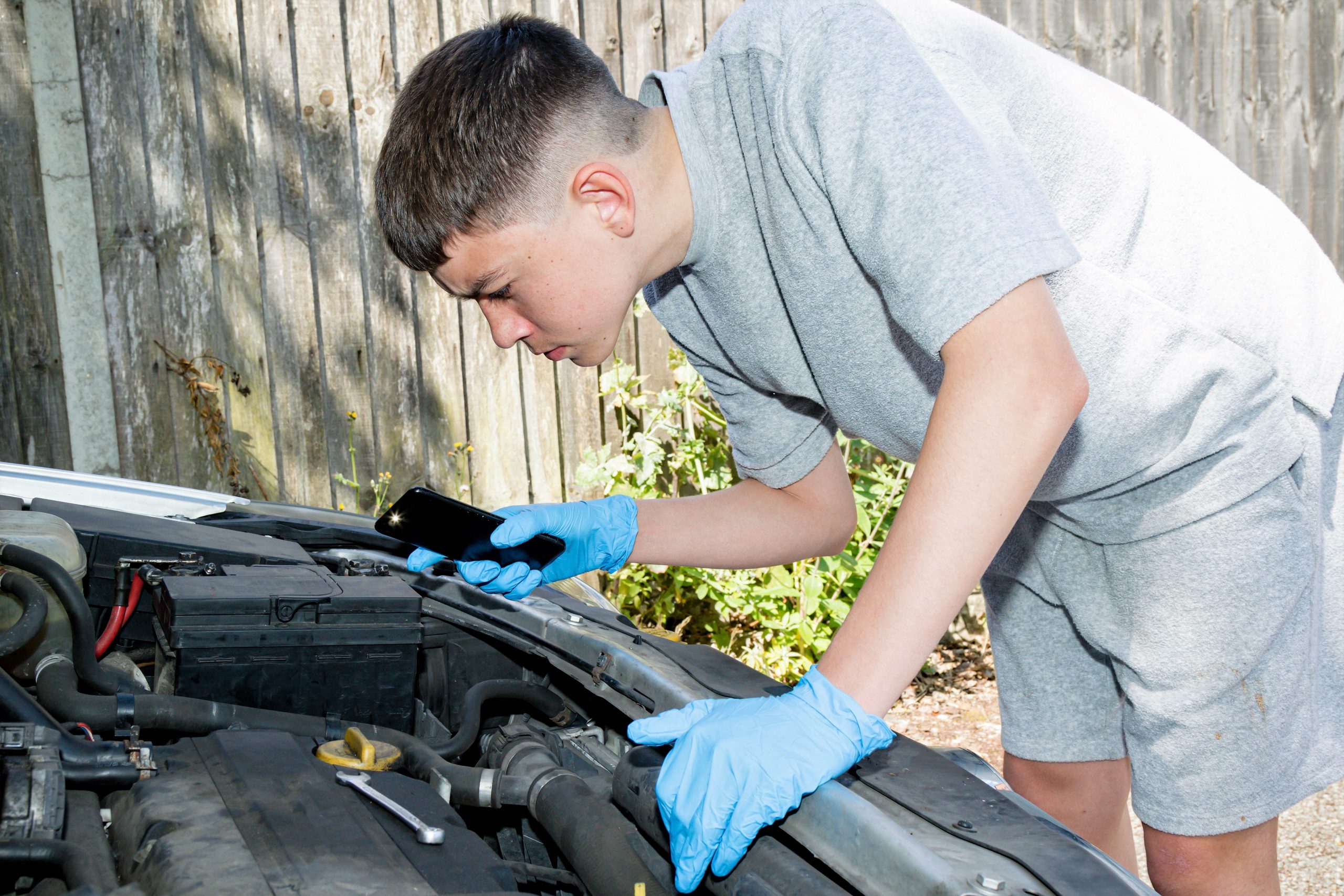 “After eight sessions my son was less prone to anger and emotional outbursts, more communicative and calmer. He now spends his free time working on cars (and not playing video games). He and I have more of a normal father-son relationship. I’m amazed by the power of Bradley’s neurofeedback training. It’s been incredible, a miracle.”

It is difficult to express how life-changing this center is. Mike Cohen and his team made a humongous positive impact on my 9-year-old son.

He had been suffering from crippling, constant, sharp neuralgia pain for almost an entire year…We tried many world-class hospitals and doctors, over a dozen nerve pain drugs, and many other electrical, chiropractic, chemical, and other types of treatment. None touched my son’s pain at all.

Mike has worked tirelessly to experiment on what is the exact right combination of treatments to help my son permanently get out of pain. He and his wife and the rest of his team are truly caring and do strongly evidence-based research on a patient-by-patient basis.

My family is so thankful for this center.

“Since doing neurofeedback I’m calmer, and it’s heaven. I’ve taken control of my life. My life isn’t controlling me. Mike Cohen is a hero in my life. If it wasn’t for him and the staff at the Center for Brain Training I would still be numb, still be medicated and still be dependent on a psychiatrist. I’m a walking advertisement for neurofeedback. I could have had therapy and been on drugs for the rest of my life and it wouldn’t have fixed me. It’s the best money I ever spent. I finally have hope.”

Jane, a 72-year-old woman, was able to stop her medications for anxiety, depression and sleep after using them for 15 years
Tequesta, FL
Click to read Jane’s story

(Due to anxiety) I was literally stuck in my room for three or four months…I couldn’t function like a normal human being. I couldn’t do normal stuff, like go out and see people. It was to the point where my brain was so agitated that even the thought of walking downstairs would give me a panic attack.

(After starting neurofeedback training)… I was like, hey, I’m not thinking this negatively anymore. I was able to like start doing things again. It spaced those panic attacks out to the point where I wasn’t having them anymore.

At the Center for Brain Training they’re not trying to numb the problem…What they’re doing is fixing the problem, rewiring your brain to work more efficiently. Going there is always a great experience, and I love them like family.
Aidan P.
Stuart, Florida
Click to watch Aidan’s video testimonial

“After twice-a-week neurofeedback sessions for eight months at the Center for Brain Training, my autistic son Curtis finally spoke, and I heard his speaking voice for the first time in five years. I was in tears. Neurofeedback has been a blessing to my son and to our family.”

“I was amazed that after four sessions my daughter’s behavior problems were 80% better. This is almost like a miracle.”

“I saw improvement from the first day at Center for Brain. After 14 months of neurofeedback training, my son, Frankie, is having much better days at school, keeping up with his schoolwork and handling frustration better. I’m very glad we discovered neurofeedback. It’s given me hope that he may someday be able to have a normal, happy life.”

“I wish my parents had known about neurofeedback back when I was in middle school. If I had had just one summer of doing neurofeedback, my school experience would have been so much easier. If I had done neurofeedback sooner, I know I could have been more and done so much more, but I’m looking forward and not looking back. I am very grateful to everyone at the Center for Brain Training for dramatically changing my life.”

What initially got me to come to the Center for Brain Training was my ADHD and focus issues. In school it was really hard for me to sit for a long period of time and focus on a task. We tried medication, and that ended up doing more harm than good. Homework took me four hours, and I was just earning B’s and the occasional C. After doing neurofeedback I made straight A’s and could do my homework in a half hour.

What’s great about neurofeedback is that it’s like going to the gym, but for your brain. You learn tools and strengthen your brain and aren’t relying on medication. It’s almost like a tool that you can use 24/7.
Hayden B.
Jupiter, Florida
Click to watch Hayden’s video testimonial

“Neurofeedback worked for my son, Alex, when nothing else did. I finally have hope for him, and he also has hope that life can get better. He is an entirely different person than he was a year ago.

“Mike (Cohen) was a godsend to our family. We were desperate, and Mike helped us all get our life back.” 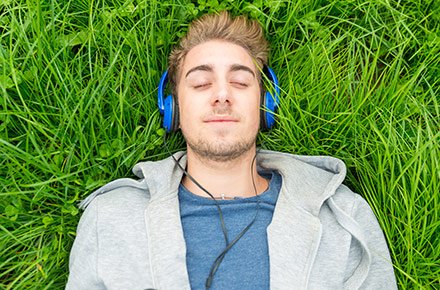 “Watching Greg return to his daily activities and hearing him say he feels so much calmer is a relief. He’s now able to focus on coping skills that keep him from spiraling into a panic attack. Michael Cohen and his team are just great with Greg. He feels understood, which is very important to a teenager!”

“To see David, my 4-year-old son, succeeding is wonderful. It’s been like a miracle.”

“My son started doing neurofeedback when he was 9. We got help for him because he was hyperactive, difficult to deal with, and getting complaints from teachers. I didn’t want to put him on medication. I decided to try neurofeedback because it was a non-medication option. It was important to me that we went to the best. Even though the Center for Brain Training office is in Jupiter and we live in Port St. Lucie, we made the drive there because Mike Cohen has the reputation of being one of the best practitioners in the country. We had a brain map done so that the training could be more targeted, and my son made positive changes pretty quickly. We eventually decided to put him into a different school, which he liked much better. Two years later, he’s a different kid. I credit the combination of neurofeedback, a different school and maturity. Today he’s having no problems in school and is a delight to be around. That drive to Jupiter was definitely worth it.” 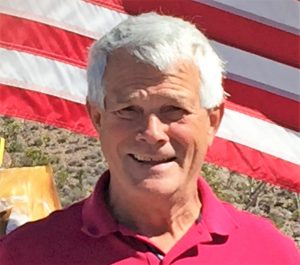 “Thank you for all your help and making me feel much better! You should take great pride in what you do for a living! Many people want to be in professions where they help people but often don’t feel that they actually succeed. You can know for certain that you succeed in helping people and make the world a better place …”

“Before I started neurofeedback, I had a bunch of problems. My mom got me to come do this. I made lots of lists and had to check everything off multiple times per day (it was very obsessive). I was doing drugs and couldn’t stop. My sleep was awful. Since training with neurofeedback, no more lists, my sleep is great every night and I’m not using any drugs – I don’t even feel any need for them. We also started working on training me to help pass a test that I failed twice – and I passed it with no problem the 3rd time.”

“I’ve struggled for years with severe anxiety, and with constant obsessing over problems which often gets out of control. I’ve tried a lot of psychiatrists and ever medication they can think of. None ever really worked. Neurofeedback has made a huge difference. The obsession and anxiety are under control. I’ve been able to cut back my medications. It’s taken a while, and I’m not done, but I’m better able to live my life now.” 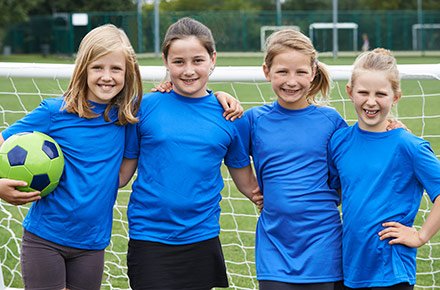 “After 20 neurofeedback sessions, (my 8-year-old daughter with Asperger’s syndrome) is learning to let go of the control of a situation. She can now face situations that used to cause great anxiety with a certain amount of composure.”

L. P.
Jupiter, Florida
Read more about what this mother had to say