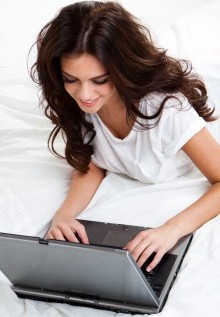 The Center for Brain Training is now offering body biofeedback, also known as BioRegulation Therapy, or BRT. It took more than a decade of investigating and testing various modalities before we settled on this particular technology. Our clients regularly report improvement in chronic pain, symptoms of immune system disorders such as chronic fatigue or Lyme disease, and anxiety,

What is body biofeedback?

Body biofeedback is a form of biofeedback, a body balancing method whereby a computer reads the electrical impulses (frequencies) being emitted by the cells in your body. It filters out the disharmonic “unhealthy” vibrations that interfere with optimal cell communication (and thus interfere with their optimal functioning). It amplifies the “healthy” harmonic frequencies and sends them back to the cells. These harmonic frequencies “invigorate” the cells and encourage them to function the way they are supposed to.

Once the cells are doing their jobs better, the nervous system calms down, and pain or other disruptive signals, which have become magnified over time, diminish. Pain is thought to occur when excessive pain signals get sent to the brain. In a way, it is thought too much of the brain is recruited to pay attention to the pain. Experts speculate that body biofeedback helps the nervous system re-organize its signaling to help diminish the cycle of pain.

A primary component of biofeedback is that anything that can be measured can be changed. Organ systems have tiny, complex, bioelectrical signals, and each one has its own unique, signature pattern.

Because the cells within each organ system tend to “talk” more with each other than with other systems, each organ system has slightly different characteristics that promote communication among its own cells. For instance, kidney cells communicate better with other kidney cells than they do with liver cells. These unique signals can be measured with sophisticated scientific tools.
Body biofeedback provides feedback to the body about those bioelectrical signals. The body’s nervous system then uses that feedback to reorganize itself and improve its own intercellular communication. With the feedback, the cells better align themselves within the organ system and entire body.

All you have to do is recline on a comfortable chair or table in one of our pleasantly decorated treatment rooms. And relax. Our computer does the rest. You feel nothing during your treatment.

In 2013 we learned of body biofeedback being used in Europe with great success. We were cautiously optimistic about its potential for our practice. However, we’ve built a solid reputation for providing dependable, effective non-drug therapies such as neurofeedback that really do help patients, especially those who haven’t responded to conventional treatments.

To be incorporated into our sophisticated toolbox, body biofeedback had to meet the very stringent criteria laid out by clinical director Mike Cohen:

1. Does it work consistently, beyond a doubt, with complicated, chronic, treatment-resistant cases?
2. Do results sustain over time?

To find out, he put it to the test for six weeks – with some very difficult chronic cases, including this one:

A 37-year-old woman had suffered for ten years with daily headaches and chronic back and neck pain. Just getting out of bed triggered severe pain throughout her body. She was unable to lift anything, turn her neck or lift her constantly stiff and painful shoulders. After undergoing one session, she reported for five days that she had been able to get out of bed easily for the first time in years, had had no headaches and had 70 percent improvement in her pain. (Author’s note: Despite expecting some sort of improvement, the extent of her response surprised us. Over time we’ve seen other equally impressive results, although usually it takes more than one session. The client needed more sessions to produce sustained progress, but the amount of change in one session was remarkable – and gave an indication of what was possible).

With the results observed with this client and others during the six-week trial, Center for Brain committed to investing in the technology. Consistent results are, after all, the only thing that counts with pain.

After deciding to incorporate this technology into our practice we refined how to combine the treatments with our neurofeedback tools. When we did that we saw improvements in clients to an extent that greatly surprised us. Frankly, after more than a decade of searching for a new technology to complement or enhance the benefits of our neurofeedback technology, body biofeedback revolutionized how Center for Brain treats chronic pain and other conditions.

We can’t say how long it will take for any given individual to see results, or even guarantee that you’ll get results at all. However, since 2014 when body biofeedback was incorporated into our set of tools, at least 75 percent of our clients have reported consistent improvement. They reported even more improvement when combined with neurofeedback. In complicated chronic cases, pain reduction often occurs in as little as one session but more commonly in six sessions.

Here are two more stores about our clients with pain issues:

A client had been plagued by chronic back pain since the age of 16. She tried many solutions, eventually seeking help from a pain doctor and becoming addicted to pain medication. She was confined to her bed and couch three to four days a week and struggled to get anything done. After four bioregulation treatments over the course of a month, she reported an 80% reduction in pain and a significant reduction in pain medications. After two more sessions she discontinued her pain medications and resumed normal life, including working in her yard. One year later she was still pain- and pain medication-free.

A woman had 40 years of chronic headaches, neck, and back pain she attributed to a car accident at age 19. She had seen more than 50 healthcare specialists, including neurologists, chiropractors, and acupuncturists, without any relief. After four sessions she reported significantly reduced pain, and after a month she had had no headaches and reported a 75% reduction of her pain.

I have suffered from lower back pain for over 30 years. Despite physical therapy, anti-inflammatories and even steroids, I experienced little to no relief – and no relief that was permanent. I had just made an appointment to have a rhizotomy to sever the roots of the nerves in my lower back when I tried bioregulation therapy at Center for Brain. A few weeks after undergoing five sessions, I realized to my astonishment that I had almost no pain when I got out of a chair or after sitting in the car and was able to stand for long periods without any pain whatsoever. I’ve had five months now with no back pain and am frankly amazed. Nothing I’ve tried has ever given me this kind of lasting relief – and I avoided a medical procedure, too.

Because body biofeedback is a non-drug treatment, many doctors and other health professionals are unaware of the technology and its effectiveness. In the United States, our health culture is centered on drugs. Therefore, other approaches, even though they are effective, are often overlooked because they lack large promotional budgets such as those of pharmaceutical companies.

What happens in a body biofeedback session?

Five to seven small sensors are placed on several places on the body. Their job is to measure core bioelectrical signals and provide feedback to the body. You feel nothing during a session because the device simply provides feedback of the body’s own systems.

Session length is dependent on the problem being treated. Sessions generally last about half an hour.

If you’re interested in discovering more about body biofeedback and how it can help with your situation, contact us. You can use the form in the sidebar or call or text our office at 561-744-7616. If you’re struggling with health issues, chronic pain, or just feel like your body isn’t performing optimally and could use a “tune-up”, body biofeedback could be an answer. Contact us to learn more.